Stracciatella, or Stracciatella alla romana, is a soup from Italy. It includes meat broth and small shreds made from beaten egg mixture. It is prepared by lightly pouring the mixture egg into boiling meat broth and keep stirring until it is cooked.

For our keto Stracciatella Soup, we will be using chicken broth as the base, then adding egg, spinach and Parmesan cheese with a touch of basil and parsley. The texture will look incredible.

This is an easy Italian soup recipe that you will love, especially in those cold winter days.

Feel free to save this recipe by pinning this picture to your Pinterest board for later use! 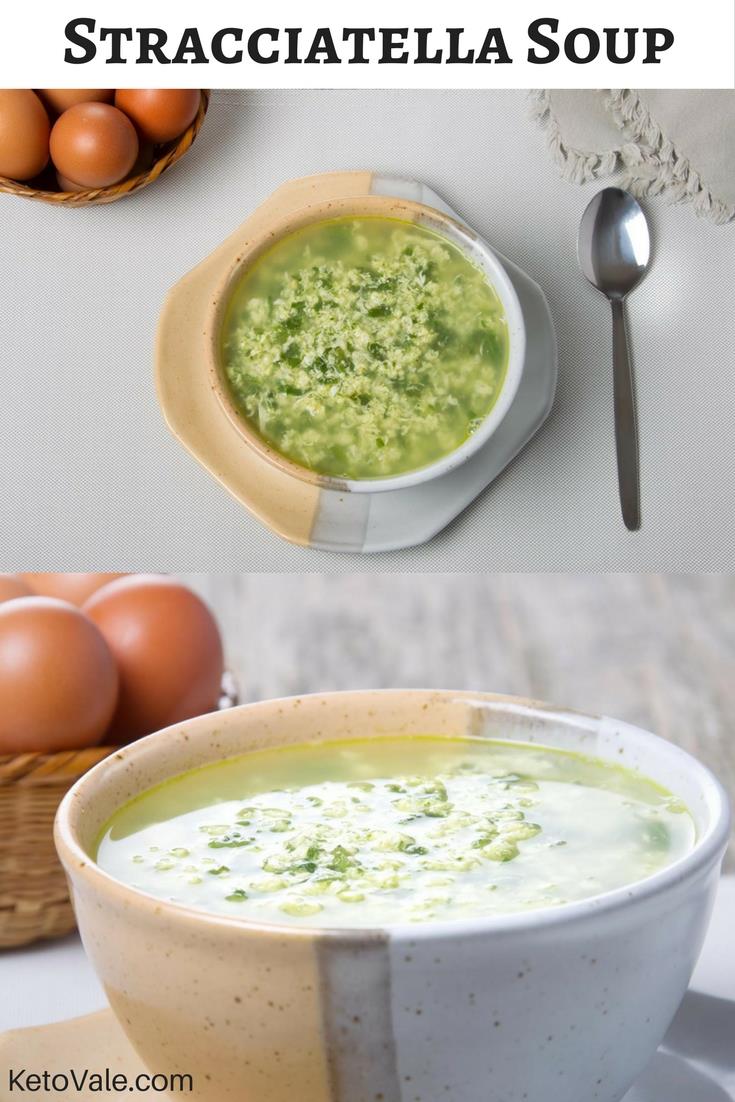