If you love red velvet cheesecake, this low carb version is for you. To decorate, we whip heavy cream and sweetener and add a strawberry.

Note: We used three 4” springforms. It took about an hour for the cakes to be ready. We used Convection Bake option for the oven. 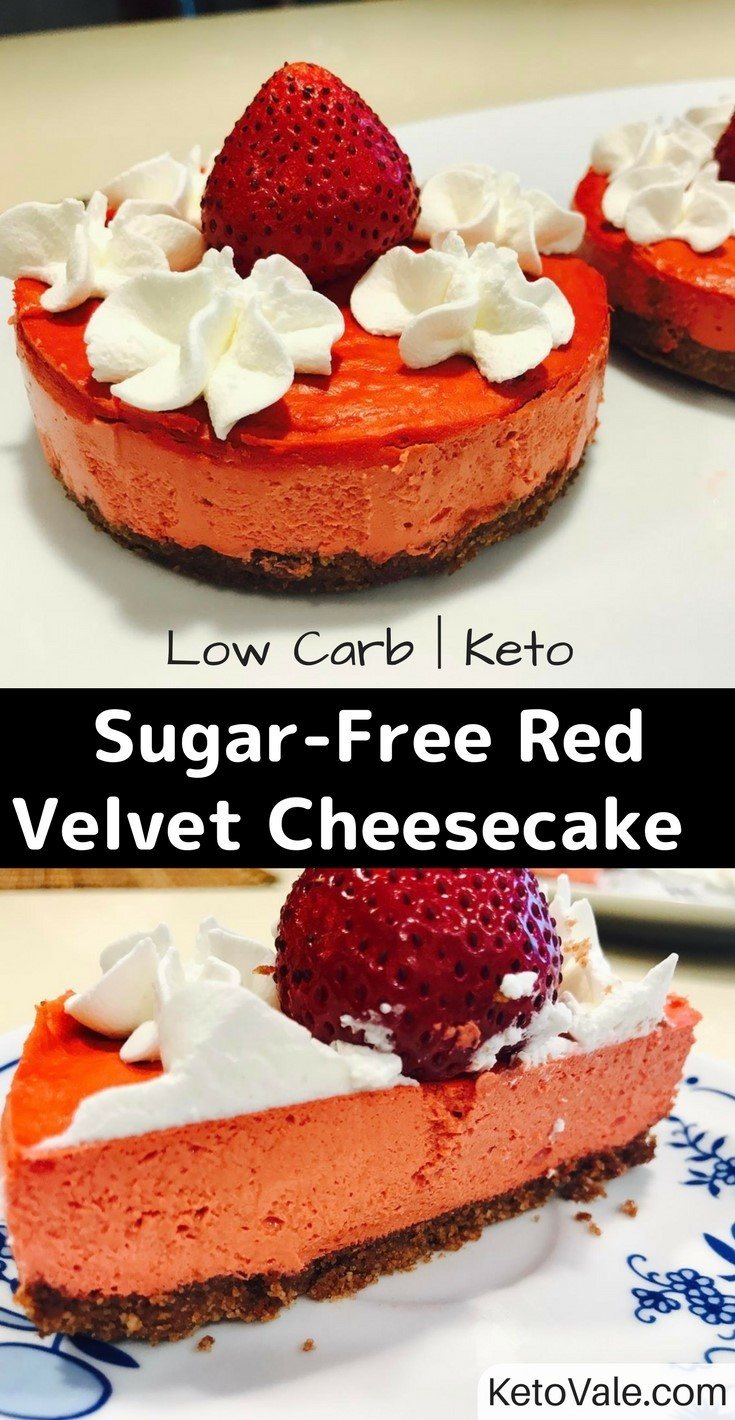 You can use different form sizes and decorate whichever way you prefer. You can use this recipe to make Red Velvet Cupcakes as well.

Be sure to save this recipe by pinning the pictures to your Pinterest board for later use! 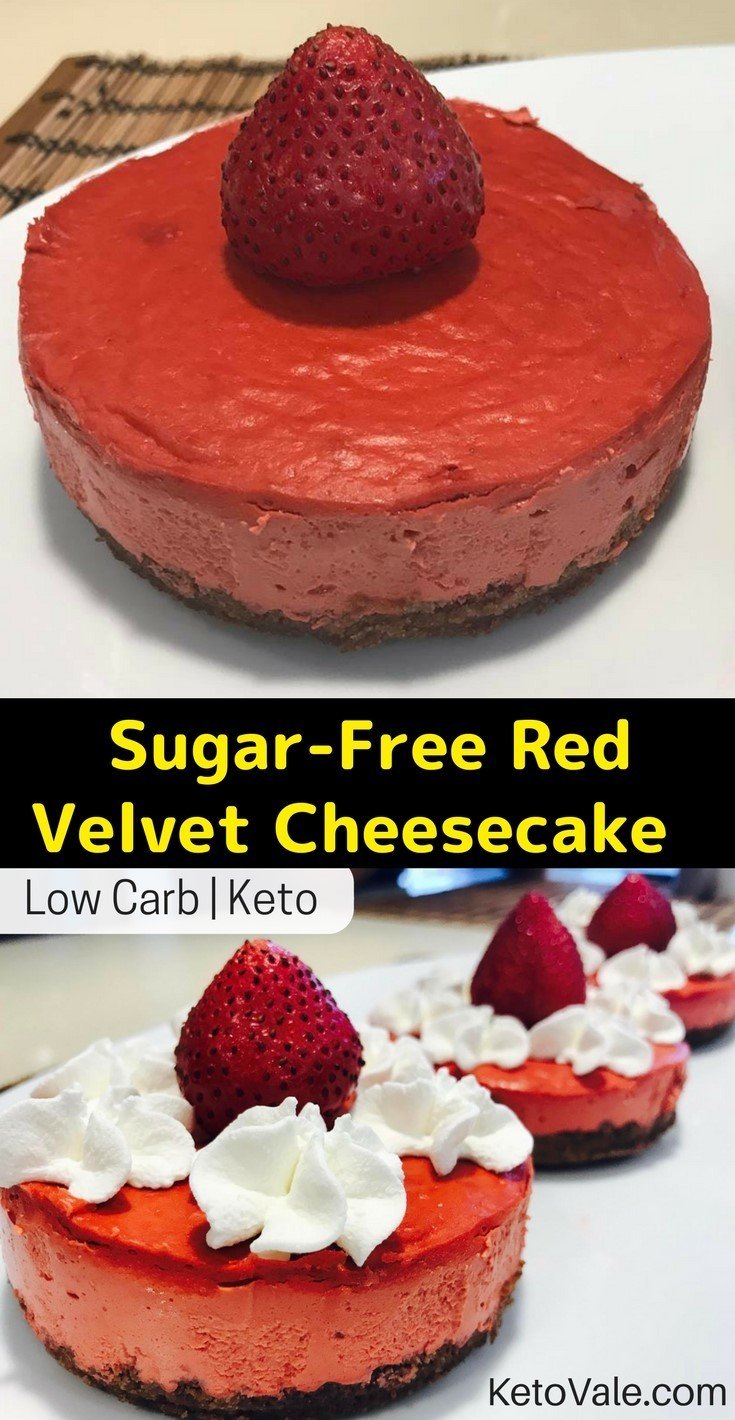