How Does Fasting Affect Your Brain and Body Skip to content

If you are constantly looking for new ways to up your brain power and increase your performance, by now, you may have heard about fasting and its benefits. But with so much information and perhaps so much incorrect information online, you may have felt hesitant to give it a try.

We are here to demystify and help shed some lights on fasting and its benefits.

First off, let’s discuss what fasting is. Fasting is a willing abstinence or reduction from some or all food, drink, or both, for a period of time. 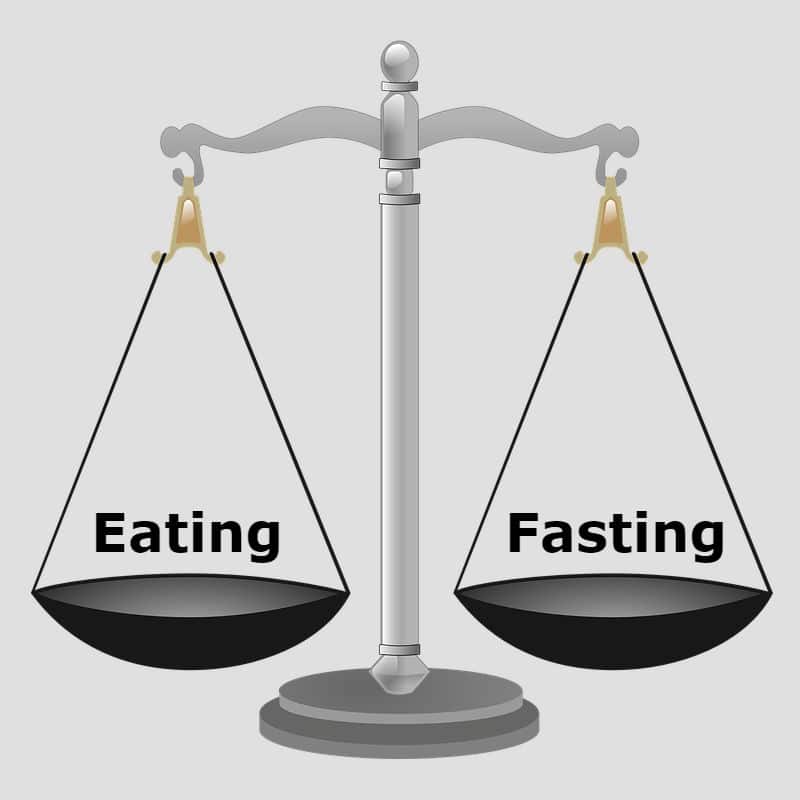 As you can see, this is quite a broad definition, which can include anything from food or water abstinence to just a reduction in its consumption. On the other hand, it’s not strictly specified either the amount of time necessary to abstain or reduce the intake of food and/or water to classify it as fasting.

Although fasting has been used extensively in the past mainly due to religious reasons, the benefits behind this now rare practice are now being discovered. One of the scientists at the vanguard of this newfound knowledge is Mark Mattson.

But by no means is fasting a new concept! There are even some quotes dating back to 6,000 years ago, inside an Egyptian pyramid inscription that says: “Humans live on one-quarter of what they eat; on the other three-quarters live their doctors.”

Mark Mattson, Chief of the Laboratory of Neurosciences at the National Institute on Aging Intramural Research Program National Institute on Aging and Professor of Neuroscience at Johns Hopkins University, has dedicated years of research to this topic, currently being one of the foremost researchers of the cellular and molecular mechanisms behind multiple neurodegenerative disorders, such as Parkinson’s and Alzheimer’s disease.

But wait, if we are discussing fasting, what could it possibly be the relation to neurodegenerative diseases and other diseases affecting the Central Nervous System?

First off, let’s first take a deeper look into the problematics behind neurodegenerative diseases. We live amongst an aging population. With, for example, advances in cancer and cardiovascular disease research many people who would have died in their 50s and 60s from such diseases, are living into the danger zone for Alzheimer’s and Parkinson’s diseases. Although the increased life expectancy is quite an amazing victory, it’s projected that by 2050, the number of people with Alzheimer’s disease will triple from what it is today.

And this is the reason why neurodegenerative disorders are, perhaps, one of the greatest and most urgent medical “puzzles” that need a solution.

Let’s consider this fact, shared by Mattson during a TEDx Talk, about laboratory animals, in particular mice and rats:

“Well, it has been known for a long time that one way to extend the lifespan of laboratory animals is simply to reduce their energy intake. And, in rats and mice, one can increase their lifespan by 30 or 40%. We started looking at the effects of energy restriction on the brain in the context of age-related neurodegenerative disorders and found that we could slow down, for example, the abnormal accumulation of amyloid, or the degeneration of dopamine neurons in the Alzheimer’s and Parkinson’s myel by reducing energy intake.”

But how do we reduce our energy intake? As immediately as the question is first asked, there are already two groups of possible answers: eat less at each meal or eat fewer meals.

And from the second group, that is, “eat fewer meals”, a concept called intermittent fasting is born.

Intermittent Fasting dates back to Ancient Greece and Egypt, with the first major study on it being conducted by Upton Sinclaire, in his book “The Fasting Cure“, where he  interviewed 250 people who had some ailment and went on fast for various lengths of time and, except in a handful of cases, their health condition improved.

Before we move on to the main topic of this article, neurodegenerative diseases, we would like to first point out some research that proves the positive effect fasting can have on:

The Science Behind Fasting

Every time you eat a meal the energy goes into your liver and it’s stored in the form of glycogen, which is always the source first used when your body needs energy (3).

After about 10 to 12 hours after your last meal, these liver glycogen stores are finally depleted.

But why does fasting increase brain power?

During the development of the brain, but also in the adult, neurons are generated from stem cells. They grow out their axons and dendrites, they form connections with each other, so called synapses, and communicate with each other.

During aging, we expect our brain to age successfully, that is, that our brains stay cognitively intact. Unfortunately, others are not so lucky and develop diseases.

According to Mattson, the decisive factor between a successful and unsuccessful aging brain lays in fasting. Fasting represents a challenge to your brain, whose response to that challenge of not having food is to activate adaptive stress response pathways that help your brain cope with stress, and resist disease.

This principle even makes sense in evolutionary terms! It’s quite simple:

Some of the changes in the brain that occur with intermittent fasting also occur with vigorous exercise. So, when Mattson and colleagues started looking at the neurochemical changes in the brain with intermittent fasting, they concluded these are very similar to the neurochemical changes seen during exercise.

Exercise and intermittent fasting both increase the production of proteins in the brain that are called neurotrophic factors.

When there is any sort of cognitive challenge, whether it’s intermittent fasting or vigorous exercise, neural circuits are activated, levels of neurotrophic factors such as BDNF increase, leading to the growth of the neurons and the formation and strengthening of synapses.

On top of this already amazing fact, it was also found that intermittent fasting can increase the production of new nerve cells from stem cells in one region of the brain, the hippocampus.

But in the midst of all this, what is the role of ketones?

Ketones provide an alternative fuel for the neurons since they boost the energy levels in the neurons.

Recently Mattson and colleagues also discovered that fasting, by increasing BDNF levels in the brain, as a neurotrophic factor, can increase the number of mitochondria in your nerve cells (4).

How To Incorporate Intermittent Fasting into Your Diet

In this video, Dr. Joseph Mercola explains the benefits of intermittent fasting and how to do it:


According to Dr. Mercola, renowned researcher in this field, intermittent fasting follows one simple rule: not having any food except in a six or eight hour daily window.

This is a gradual process, with Dr. Mercola claiming one of the best ways to adapt to intermittent fasting is by not having anything to drink (except water) for three hours before you go to bed. Once you wake up, you should keep your fast until possible. Gradually you will notice you will have breakfast later, and later, until finally, breakfast won’t be amongst your daily meals.

The process will take several weeks to several months since most of us are used to using carbohydrates in the form of glycogen as our primary fuel, instead of fat. The goal of intermittent fasting is to ultimately improve the manufacture of the enzymes to burn fat and to downregulate or minimize the production of the enzymes that burn the carbohydrate.

Within the 6 to 8 hour period where food is “allowed”, in order to obtain the best results, you should  select the right types of foods:

Recommended Books and Resources on Fasting

Celebrities Who Do Intermittent Fasting

Over the years, many celebrities such as Beyonce, Hugh Jackman, Miranda Kerr, Ben Affleck, Liv Tyler, and Christy Turlington have all been reported to use some forms of fasting including intermittent fasting.


Although the science behind Fasting and Intermittent Fasting is not new, the research around it may just now be receiving the attention it deserves.

The food and pharmaceutical industries are, at the end of the day, a business. The decision behind taking 5 meals per day versus 1 meal per day, is one that most food manufacturers and distributors, are not very pleased about. And, most importantly, your decision.

Several scientists and researchers, including Mattson, blame these two industries for the lack of awareness when it comes to fasting.

Based on the scientific facts and research conducted so far, fasting is of extreme value and benefit. We sincerely hope this article helped shed some light into this extremely useful and highly beneficial diet and lifestyle choice.